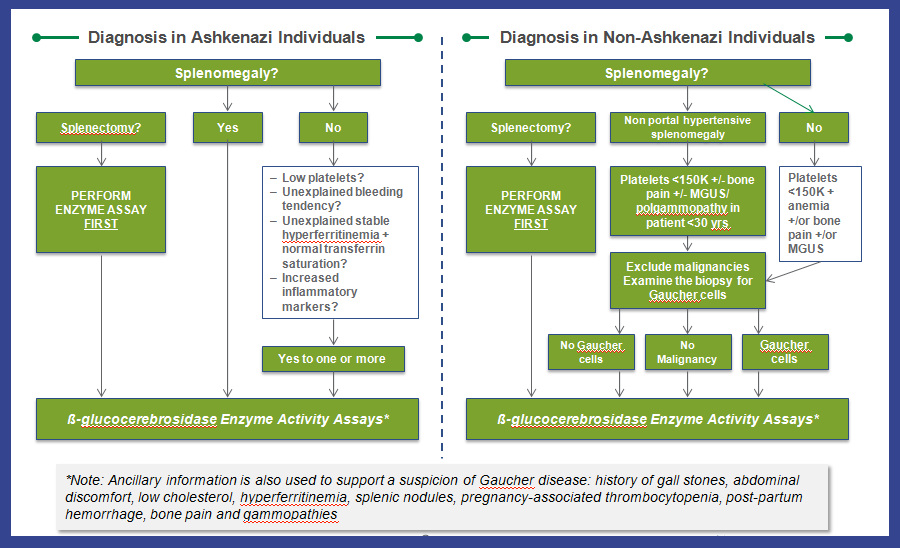 As a result there are a number of algorithms that have been developed. This is a disease where it is important to have an awareness of the ethnicity of the patient. If a patient is of Ashkenazi jewish ancestry and has splenomegaly one should always think of Gaucher Disease as the most likely diagnosis and go early to testing for enzyme activity and peripheral blood leukocytes. Never perform splenectomy on this population without doing a prior enzyme assay. There are many cases of individuals who presented to their physician with splenomegaly and there was no diagnosis and the physicians recommended splenectomy, which can greatly accelerate disease manifestations. In non-Ashkenazi jewish individuals it is important to make sure that there is no liver disease and portal hypertension or underlying malignancy but always with those two differential diagnosis keep in mind the possibility of Gaucher Disease as well. The diagnosis of Gaucher Disease is very simple, it is a small blood test, and it is the gold standard for making the diagnosis.