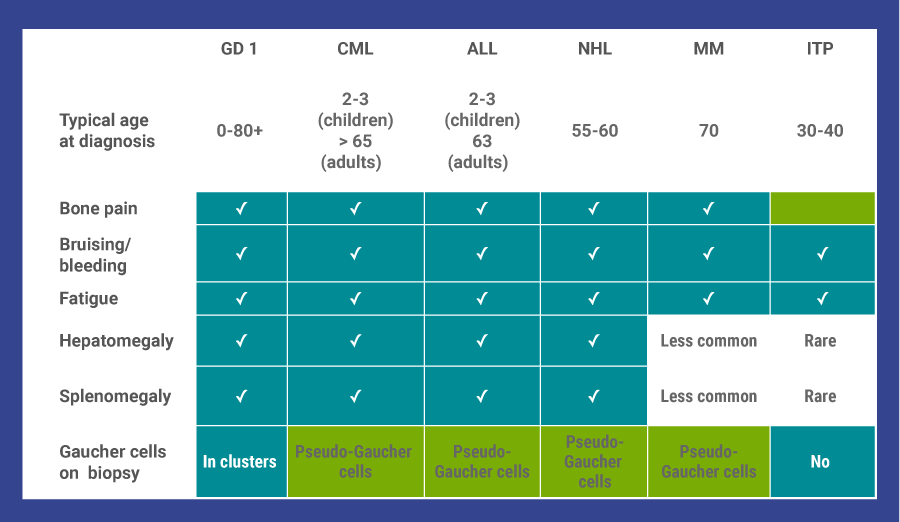 It’s understandable how Gaucher Disease and malignancies can be confused. Indeed, Dr. Gaucher when he first described thought that his patient had malignancy. Above are some of the manifestations of Gaucher Disease, together with the manifestations of some of the malignant disorders as well as bleeding disorder idiopathic thrombocytopenic purpura, and it is notable that there is a considerable overlap between these disorders.