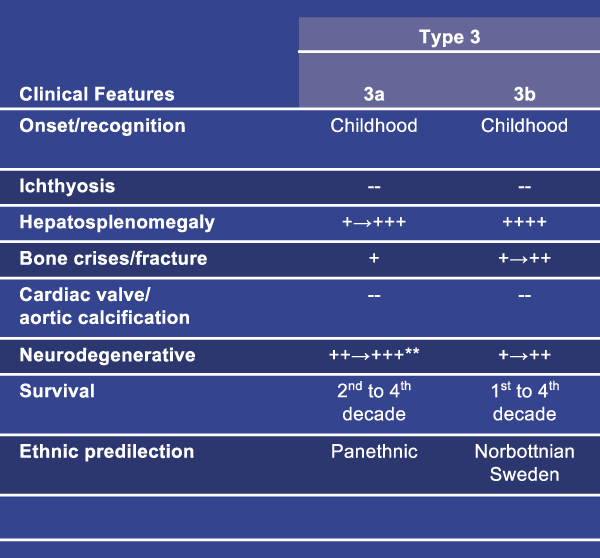 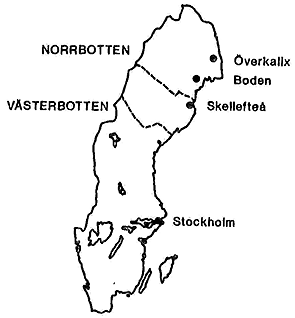 Type 3 Gaucher Disease is more common, and there are 2 broad phenotypes. They are subclassified into type 3a and type 3b. They both present in childhood, they do not have skin manifestations but hepatosplenomegaly is very prominent in type 3b Gaucher Disease, which was first described in the northern part of Sweden in Norbotnia. In type 3a the visceral disease is relatively mild, bone crisis can occur but it is relatively infrequent, there are no cardiac manifestations, and neurodegenerative disease is relatively mild in type 3b disease but it is very common and severe in type 3a disease and survival is shortened to the 3rd or 4th decade of life. Type 3a Gaucher Disease is pan-ethnic but type 3b a genetic isolate has been described in the northern part of Sweden in Norbotnia.